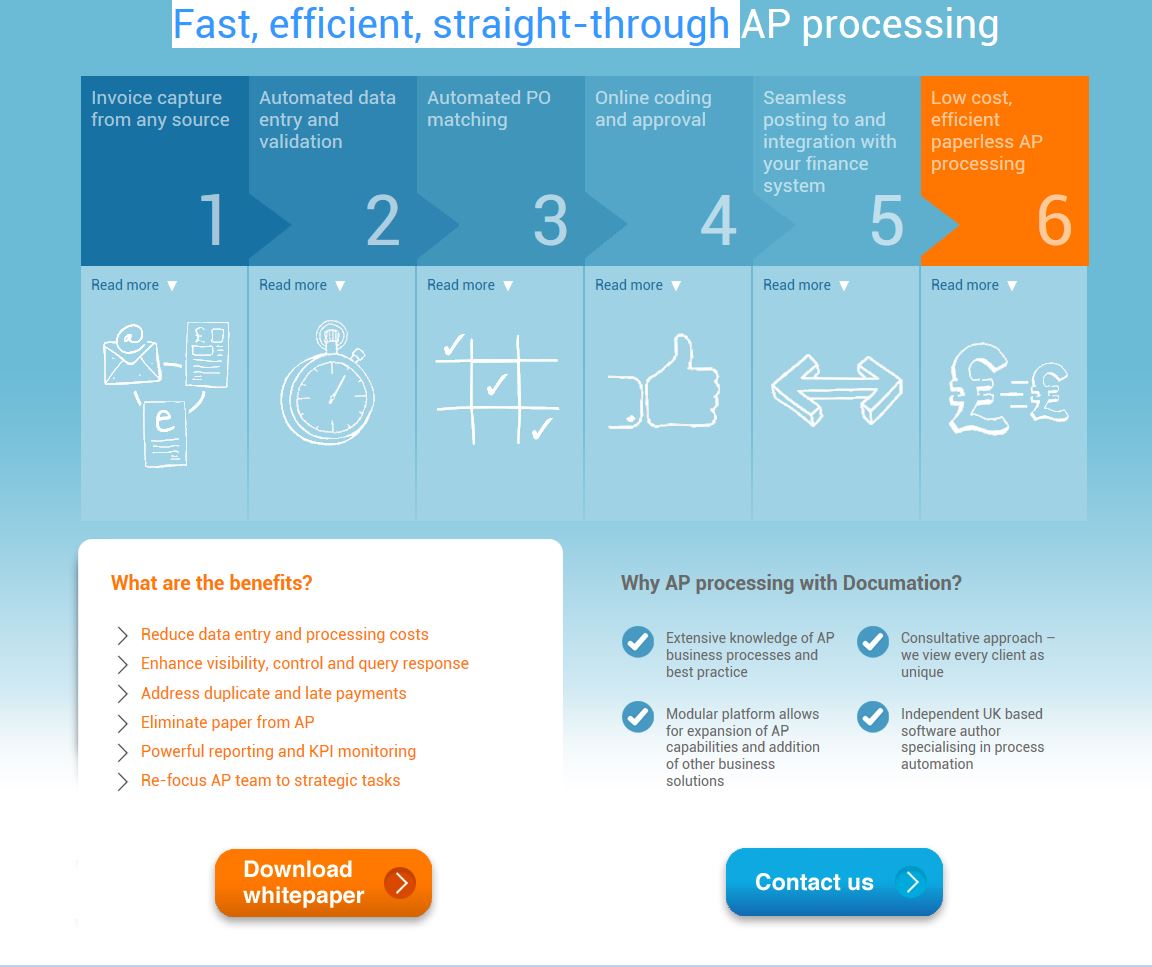 Documation are a document automation software solution provider who work with accounts payable departments to streamline their processes.

Coming from a sales-driven background they had recently invested in a marketing automation system from eTrigue, but with a small marketing department needed some assistance in getting the best from this new process.

Visibly Better consulted with the client on a number of areas leading to an eventual series of campaigns to qualify and nurture leads before triggering alerts to the sales team at the optimum moment.

A step-by-step approach to Marketing Automation

We created a definition of an “ideal” prospect, and the solutions that Documation were able to provide to their “pain points”

We helped them identify existing data held in the business and create an activation campaign to pick out names that were still engaged with Documation.

We worked through existing content and found items of use to prospects first in the early research phases, and then in later supplier selection phases of the buying cycle.

We identified criteria on which these prospects could be identified as either early or late-stage prospects and when they should be flagged up to sales as likely to respond to a pro-active approach.

Finally we worked with the client, and eTrigue to implement the campaign, campaign rules, tracking and reporting in eTrigue Demand Center.

Having put the campaign in place for some existing cold prospects, the process is able to be re-used and further optimised as follow-up for multiple lead generation activities including paid search advertising, trade show enquiries, and social media activity.

Could we do the same for you?

We work with businesses who sell premium education and information products online, or who use educational events as a major part of their marketing strategy.

Get in touch if you think we could work together.