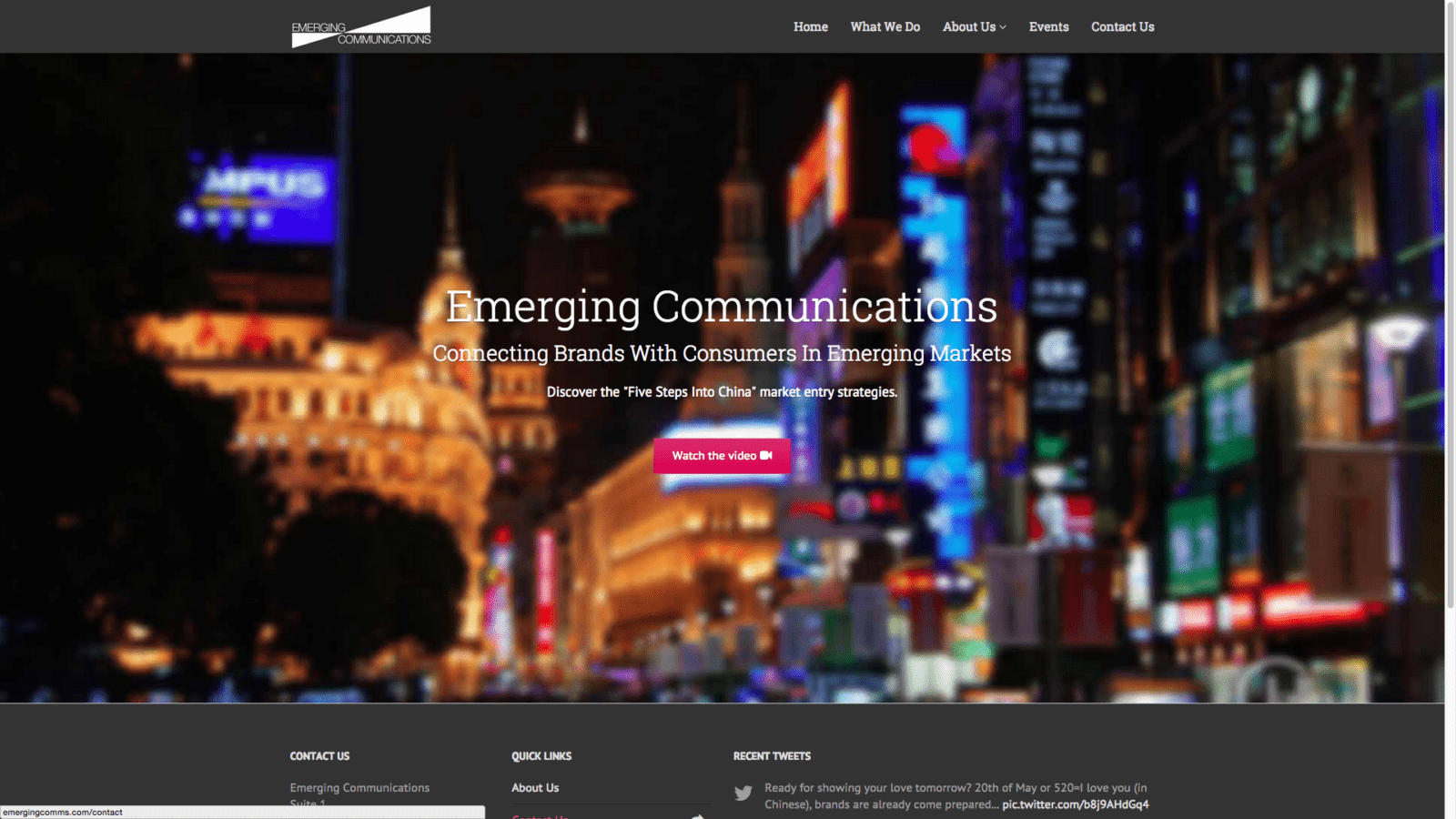 Emerging Communications are a brand new agency servicing luxury brands in the UK, delivering high worth consumers form emerging markets to their stores and ecommerce websites.

Although the agency principals had a strong reputation built up by working with a number of respected brands in the sector, they also needed to attract a flow of leads by more consistent routes than the referrals and networking they had used in the past.

We worked with the heads of department at the agency to create an educational workshop around “Golden Week” – a major Chinese shopping event, and an entry-level offer that would allow clients to run a pilot campaign with relatively little setup costs.

We selected a number of high-value partners to co-host the event who were also able to bring further prospects along, broadening our reach.

The timing of the event, and its positioning as an educational session in a market where there is a real need for information gave some urgency to the attendees and we quickly filled all 25 places with top-tier targets.

Following the vent we were able to drip key points from the presentations via Twitter, LinkedIn, the company blog and via email.

By “gating” select content pieces behind email opt-in forms we built en email list of engaged prospects who we could demonstrate more detailed capability to, and eventually secure meetings and campaign briefs.

The event was successful in getting invites to three high value pitches in the following month of operation, as well as 10 participants in the pilot campaign.

There is already a waiting list for the follow-up event, and we are now developing a webinar on the same topics to reach a wider audience.