Doubling ipoints.co.uk’s membership within a year 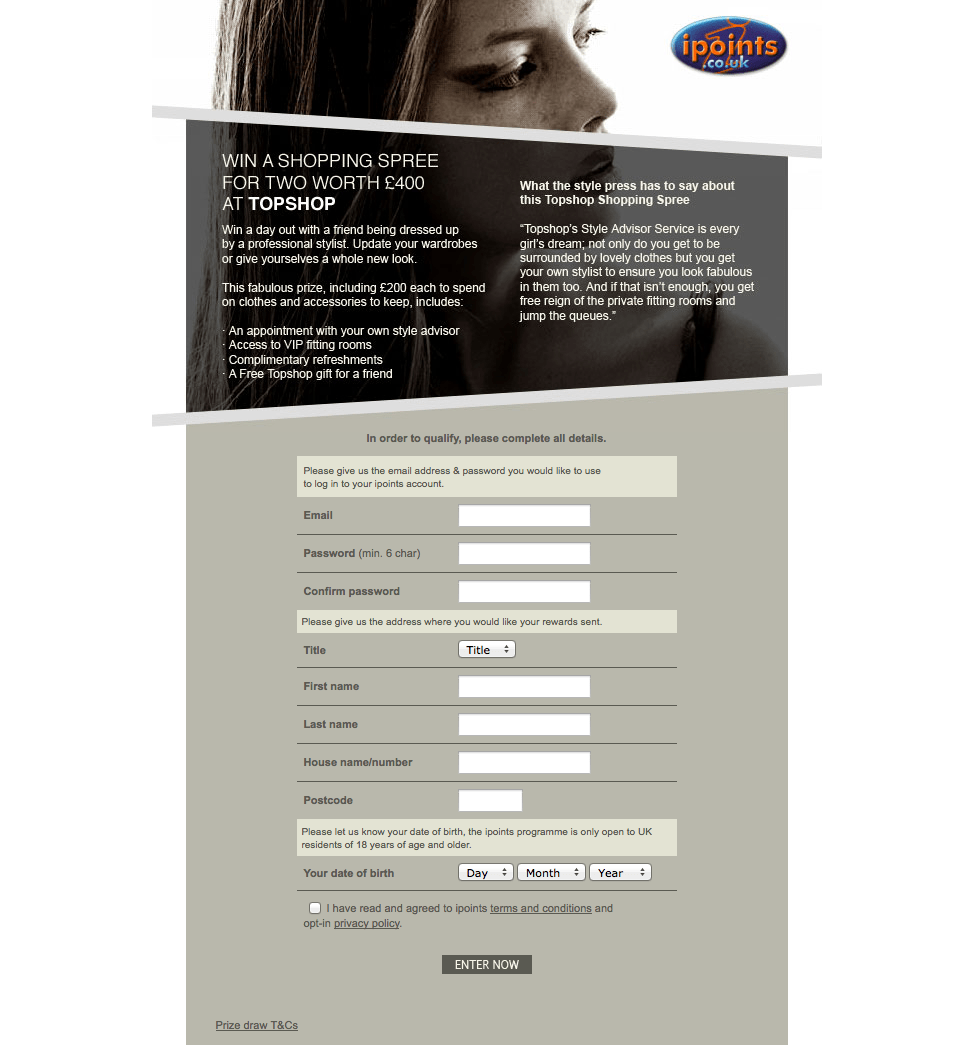 ipoints.co.uk is an online rewards scheme, much like Nectar but focussed on ecommerce transactions.

In order to be successful, the business needs to recruit large volumes of consumers to the programme, then switch their spending habits to the loyalty scheme’s partners.

After 7 years in business, the programme had exhausted most major avenues of traffic and was struggling to increase the membership at an acceptable cost.

​Our first step was an analysis of the data we already had, judging different sources of members by where they came from, how mush they spent, and in what categories.This led us to a segmentation of the database by spend and interests so we wouldn’t email each group with irrelevant offers.

The affiliate programme was one area where we were getting good quality data, but were finding it difficult to get the volumes we needed to scale the channel. We were careful to ensure that any increase in conversion was also reflected in ongoing spend patterns so we developed a model that monitored the spending patterns of each member inthe first 6 weeks after recruitment. Our approach was to try to capture more traffic from the existing data by trialling a number of new offers, and testing more focussed sign-up pages which didn’t have the navigation and screen clutter that existed in the rest of the site. We also profiled the database by age, gender, occupation and spending habits to work out offers that would appeal to our best customers. Where possible we also ran gender-specific offers which further increased conversion. Our affiliates were delighted as they were now gaining commissions on almost double the amount of traffic they sent our way and several launched special promotions for us, giving us the larger scale we needed.

Recruiting members was just one aspect of our target, we also had to make sure they became active members, spending money with our partners. We created a week-long series of emails that broke down the ways that each member could earn points with the scheme. This helped us gather further data which would put them into one of our segments for our long-term communications. By feeding them an introduction in small chunks, and getting users to the easiest ipoints to earn as soon as possible, we increased how quickly they paid back the cost of acquisition, and also increased their lifetime value on the programme.

Within the year we had doubled the size of the ipoints membership to over 2 million names, without increasing the average cost of acquisition, and without reducing the quality of members.

Revenue per-member actually increased as a result of the post-sign-up email series we implemented.

The rapid growth without additional investment was a large factor in the sale of the ipoints business to Maximiles – a French loyalty scheme business – at the end of the year.