When the one-stop-shop needs breaking up 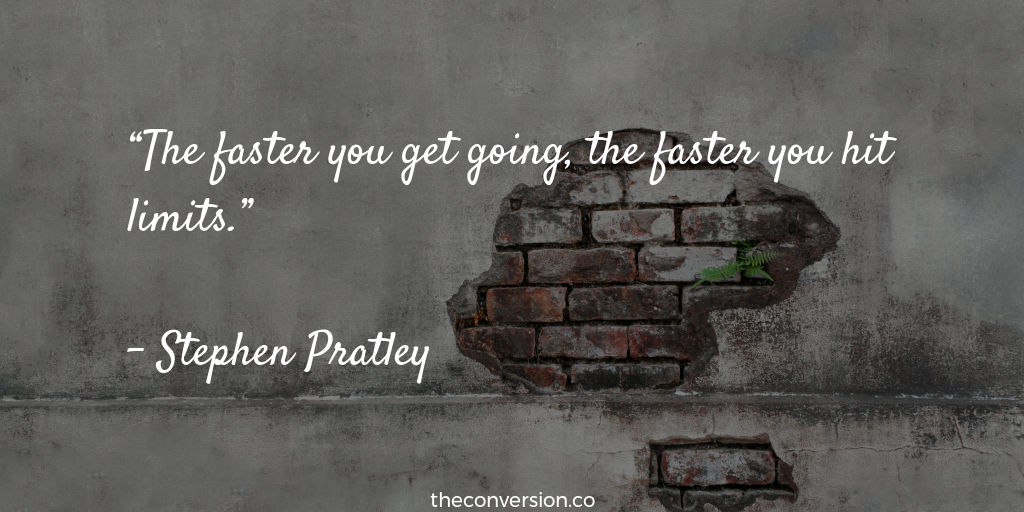 Over the last few months I’ve seen a lot of people getting burned by tools that claim to “do it all”, but in reality do nothing very well.

This was brought into sharp relief by Clickfunnels and Kartra in particular, hiking their prices recently, and suddenly becoming less attractive compared to piecing together a system of your own, but also by seeing several projects hit brick walls as we tried to get a grip on the numbers as ad budgets ramped up.

At this point, the extra work setting up a string of best-in-breed tools would both work better and give you more options to swop out small parts of your system if you have problems, but too many people are expecting startup tools to get them to the next level. It’s like entering a driving-school car in a Formula One race.

So, this list is where the cracks appear when you scale up products from a few $k to $millions per year. When you build multiple 7 figure email lists, run ads in multiple channels, and you’re continually testing every single element of a funnel that it’s possible to do.

When I say I’ve tested a webinar platform, I don’t mean I’ve tried one, I mean I tried five in parallel to get the best result.

When I say I’ve tested landing pages, I don’t mean 2 designs, I mean completely different platforms in order to get the best speed.

Yes, that’s obsessive. No, I don’t regret it. I sleep at night knowing my client's numbers are as good as they could possibly be.

The biggest mistake is confusing a tool being easy for you to use, with it getting the best performance in front of your prospect. That’s like comparing a glider to a 747. You can learn to fly a glider in an afternoon. Good luck taking more than one passenger, or going more than a few miles in it.

This is a universal law of building websites and funnels. There are tools to get you to a basic level fast, and there are ninja tools.

Ninja tools take a lot of set-up and fine-tuning, they need someone on your team who knows at least HTML code, if not something deeper.

But here are a few of the things you’ll get in return:

I can’t count how many landing page tools claim to do this, but here’s the flaw. Typically you’ll only get top-of-funnel results, like which landing page gives you the most signups.

They rarely ever include any sort of revenue figures, and that’s a huge issue.

People who test a lot know that the easier it is to get signups into the top of your funnel, the worse the bottom end metrics tend to get. Short version: It’s easy to attract freebie hunters. It’s a lot harder to attract buyers.

If you start talking about payment plans (and you should), the numbers get even flakier.

So, your email campaign got you another $10k in revenue. Hugs and high fives to your email copywriters. But don’t you think you should give some love to the affiliates and ad campaigns that put those people on your list in the first place.

Oh, and which ad campaign do we credit? The original one, or the retargeting campaign where they eventually bought?

When you’re looking at 100 ads sets trying to decide which one to scale, and which one to kill, this stuff suddenly becomes important.

Speed is hugely important to conversion.\
Whilst everyone talks about 3 second load time like it’s an acceptable threshold, we’ve done tests that have regularly added 15-20% to pages where we’ve got the speed down to 2s or less.

That means for every 100 sales you’re making, you could get another 15 by focussing on speed.

WordPress sites built by graphic designers are the biggest culprit in this battle.

Where did each of your customers come from?
You have no idea, do you?

Talk to direct mail guys and they OBSESS about key-coding. That’s tracking which list a given buyer came from and measuring how much they’re worth over years.

I’m still dumbfounded at how few systems track anything like this data without major hacks.

Now you know you’re talking to a pro.
Testing prices is one of the hardest things to do, but has the biggest impact on your bottom line.

This should be one of the first things you test as soon as your offer starts to convert. I’ve seen weird scenarios like conversions going UP when we increased prices. I’ve seen prices doubled with only a single-digit drop in conversions. Forget that price elasticity curve you learned in Economics. It works fine for commodities, but that’s not what we’re selling (I hope).

So, this is just a flavour of what’s going through my mind when I roll my eyes at your “does everything” platform.

Use it, prove your offer, but be aware that to get to a serious scale, it’s probably going in the bin at some point.

I've spent 20 years building huge email lists and prospect databases for the UK's biggest retail, media and technology brands. Now you can learn the same tactics for your own business.

We will email you occasional marketing tips, case studies and offers in line with our privacy policy.